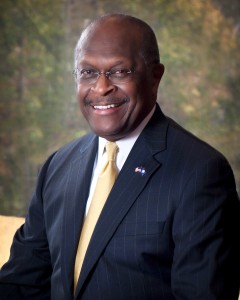 How often does somebody get the opportunity to meet and have a conversation with a Presidential candidate?  I had that opportunity at the 2013 Coal Energy Conference put on by the Nemacolin Energy Institute.  Mr. Herman Cain was the keynote speaker and I had the privilege of meeting him.  We had a great chat about branding.  Mr. Cain was interested in hearing about what I had learned during my career at Procter & Gamble.  I hate to sound “star struck”, but I was very impressed by the man.  My personal belief is that he would have been a great President.

Now Mr. Cain works to make a difference as co-founder of the Job Creators Network.  The Mission of the Organization is to ensure the voice of job creators is heard when important policy discussions take place.

Here is an excerpt from the Job Creators Network website that provides perspective:

“America has lost her Way – the American Way.

For the first time in many generations, the American Way is in grave danger. Free enterprise, a foundation of that tradition, is under relentless attack. Today, our government is the greatest threat to the American economic system of boundless opportunity, free initiative, and fair competition.

The liberties and livelihood of millions of Americans are in serious danger. Too many are unemployed, and for far too long. Americans are desperate for new jobs, yet the federal government weakens free enterprise and ties the hands of job creators.”

I too am concerned about the global perception that the American Dream is becoming less and less achievable.  I wanted to learn more about Mr. Cain’s thinking.  Consequently, following the Conference, I reached out to Mr. Cain to share some of his perspective on Brand America.  He graciously agreed.

I hope you enjoy reading the interview as much as I enjoyed conducting it.  I think you will find Mr. Cain’s perspective thought provoking.

Education is important to making intelligent decisions, yet a large percent of the American public remains ignorant about the potential impact of energy independence for our nation.  How important do you feel it is that economic development professionals and the energy industry make it a priority to educate the public about the role energy plays in supporting economic growth?

I believe it is very important for two reasons.  First, people need to appreciate the economic value which energy independence would bring and secondly, they need to understand and appreciate the national security value.

One issue currently under debate is the role of state versus federal government in regulating the energy industry.  Which approach to regulation do you feel would best serve the interests of the American public?

Regulation at the state level would work best because citizens are closer to the problems and the opportunities.

It is critically important because if elected officials do not understand the impact of their decisions, then they will create unintended consequences, which could discourage the pursuit of the American Dream.

The performance of economic development professionals should be evaluated on annual economic growth metrics. If the metrics are growing in the right direction; most people will be encouraged, rather than discouraged.

How healthy do you feel the American Dream is?

The American Dream, by those who are not easily discouraged, is very healthy.  But, because of a sluggish economy right now, too many people have an unhealthy view of their American Dream.

What do you see as the big impediments to people achieving the American Dream?

In closing, what would your advice be to help the economic development community do an even better job serving the public?