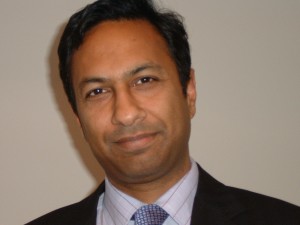 Tony has been in business since graduation and has over 25 years experience of business development, having held senior positions in large, medium and small businesses. Tony’s first venture was creating a clothing company which he grew into a £1m pa business, before becoming an international businessman / consultant. In-between, Tony worked in strategy and business development for US firm Eaton Corporation, where Tony was involved in developing business across Europe and the emerging markets. Tony is a co-founder of Kinetic Cubed; a consultancy specialized in helping others to navigate the complex high growth markets.  Tony is a fan of the Strengthening Brand America Project, so my first introduction was through the LinkedIn Group.  Then I had the privilege of meeting him face-to-face at the 2011 IEDC Annual meeting in Charlotte, SC.  It was after listening to Tony talk about his extensive travels and perception of how economic development professionals in the U.S. can be more successful in attracting FDI that I knew I had to convince him to do an interview.

I think you will find Tony’s insights thought-provoking.

Clearly, the world economy is becoming even more interdependent over time. Economic challenges in Greece / Italy and the wider Eurozone are dramatically impacting upon the U.S. economy.  If you were an economic development professional in the U.S., would FDI attraction be a tactic in your strategic plan, and why?

FDI is generally recognized to be an important component in cross-border business, which in turn brings economic prosperity. Why is FDI attraction a profession? Because the pursuit of FDI to mature markets, which the US and Europe are, has becoming very competitive as FDI has becoming increasingly mobile and there are many location choices available. So it is important for economic developers to recognize the role that FDI can play in the economy as a producer of wealth directly and in-directly. When formulating a strategy to attract FDI, professionals should consider how they will attract FDI, by looking critically at what their comparative and competitive advantages are and articulating this in a clear manner, which preferably is not the ‘same as everywhere else’ proposition. I warn readers, this is not a short term / low budget activity – it takes resources over time to make a mark and to learn from lessons.

What do you see as the high potential industries U.S. based economic development professionals should pursue for FDI attraction?

Advanced Engineering Manufacturing, where the US has excellent capabilities and where the labor costs are less important as the sector is capital intensive.  Services such as ICT; Financial, Media; Digital Content are all sectors where the US is a world-class leader due to its pioneering innovation and creativity. These sectors create lots of well-paid jobs.

Similarly, which countries do you see as likely to be the most productive for U.S. based economic development professionals to focus on when seeking corporate leads for FDI attraction?

That’s very interesting! If we focus on Greenfield FDI only and not FDI via acquisition, then for Manufacturing, the most productive sources of FDI (meaning high quality job creation) in my view at least, are the powerhouses of manufacturing – Europe, (particularly Germany followed by UK and France / Spain) and Japan still. For services – Financial; Media etc, Europe (particularly UK) is a good source along with markets like India, which have become a major source of Greenfield jobs in the outsourcing sector in Europe and the US.

How important will the BRIC Countries become as sources of FDI to the US?

We can already see in Europe and to an extent, the US over the past 5-10 years, the BRICs becoming an important new source of FDI. Clearly, as the BRICs economies grow as a % of global GDP, they will become more important. If I had to rank the BRICs in terms of FDI importance, although China is as large as all the other emerging markets combined, I would say India would be the leader in terms of being a source of outward Greenfield and acquisition FDI, because of its language, business practices, history of corporate capitalism which are more closely aligned to Anglo-Saxon markets than China. A view shared by PWC by the way and verified by the fact that Indian conglomerate Tata is the largest manufacturer in the UK, supporting lots of well paid jobs. Although I must stress, we should not ignore the traditional sources of FDI, which are Europe and Japan.

What are the unique concerns/considerations to be considered when CEOs from international companies evaluate investing in the U.S.?

Where to locate in the US is a tough question for CEOs to answer. There are very many factors, such as skills availability; locational connectivity (roads; airports; ports etc) and of course costs / taxes – all of this a big puzzle for the outsider, as it is different by each State. For Europeans, the US is dominated by the well-known locations, which may not necessarily be the best for the prospective investor. So important for lesser known locations to be out there promoting themselves to their target markets.

If you could change three things to make the U.S. an even better location for FDI attraction, what would they be?

The US has been a very popular destination for FDI in the last Century, because of its market size and growth and therefore wealth levels (the big middle class group).  Apart from changing the market growth curve which we are all struggling with, the top three things that I think concern investors into the US are 1) legal environment – this is such a complex situation, covering so many areas of business, which can threaten a business 2) taxes – simplified rules (not necessarily lower taxes) and 3) Funding availability – very important to have access to credit / raise funds, particularly in a World short of money

As the world dynamics continue to change, what do you see as the emerging role of the U.S.?

I see the US as having to adapt, albeit reluctantly to the new world order, with a bold Asia rapidly emerging. Europeans have already experienced this with the loss of supremacy to the US in the last Century.  Instead, I think the US can play a leadership role that can actually help preserves its respected status, which is to drive workplace standards up globally, instead of accepting that we all have to race to the bottom. Also the US must remain a place that welcomes all – it is an open society, which thrives on diversity. We know that diversity feeds creativity / innovation and that ultimately is the source of wealth – economic and well being.