I just completed a 21-day tour of China. The experience was amazing! This is a country destined to be Brand America’s strongest global competitor. One of the reasons I travelled to China was to get a first-hand impression of the country, its culture and its people. I was very impressed by the evident growth in the major MSAs, the degree of practical capitalism being practiced and the positive reception of American people.

If you can create an opportunity to do so, this is a trip I would recommend to every economic development professional. It is one thing to read about China and a very different thing to experience it.

I will be authoring several posts to share my observations. I hope you enjoy them and that they offer a unique look at China.

As a point of perspective, China is already America’s third largest trading partner as reported by the U.S. Census Bureau. Probably not surprising when you think about all the products available in the U.S. that are made in China. The Pew Research Center has forecast that China has the potential to replace the United States as the world’s leading superpower. If it comes to pass, this will have real implications on the economic growth and vitality of our nation going forward. Already, the rise of China’s economy has impacted the U.S. economic performance. This quote by Ralph Gomory, research professor at NYU’s Stern Business School provides some perspective –

“There are two systems in collision,” said Ralph Gomory, research professor at NYU’s Stern business school. “They have a state-guided form of capitalism, and we have a much freer former of capitalism.” What we have seen, he said, is “a massive shift in capability from the U.S. to China. What we have done is traded jobs for profit. The jobs have moved to China. The capability erodes in the U.S. and grows in China. That’s very destructive. That is a big reason why the U.S. is becoming more and more polarized between a small, very rich class and an eroding middle class. The people who get the profits are very different from the people who lost the wages.”

I must admit that my understanding of China’s cultural revolution (1966 – 1976) under Mao Zedong was limited at best before my trip. During my visit, two things struck me.

Another thing I did not appreciate is the disparity of opportunities between citizens born and living inn rural areas versus those born in the cities.

China is a nation that appears to be centered on the economic vitality of its cities. Not surprising when you consider the top 3 cities have a combined population of roughly 87 million people (Guangzhou ~ 41M, Shanghai ~ 26M, Beijing ~ 20M). There are over 160 cities in China with population over 1 million.

In China, every citizen over the age of 16 must have an identity card (much like our social security card). These cards are necessary for all kinds of everyday procedures (e.g. getting a drivers license). But, the card also establishes residency in a specific location and has important implications on the ability for Chinese citizens to receive government paid for services (e.g. education). Country people cannot simply relocate to an urban center and receive a free education or use other social services delivered in that city without reestablishing residency (not easy to do). This creates a class of “internal migrants” within Chinese cities. It is a modification of the historical hukou system, which has been part of the Chinese culture for thousands of years, and has important implications in regulation rural migration and individual opportunities for economic prosperity. The government recognizes the challenges this system presents and is looking at reforms to make China even more globally competitive.  These reforms have the potential to fully unlock China’s intellectual capital.

It was striking however to see the disparity between the life of a country person versus a city person in China. Obviously, the city people I interacted with felt grateful for the opportunities for education and personal economic opportunities presented by their residency. Here is a practical look at the hukou system through the eyes of a Chinese citizen.

The merchants and people I spoke to were very entrepreneurial and the enthusiasm to earn a yuan was evident. It is interesting to note that some people believe, as reported by Tony Karon in Time World, that China actually does capitalism better than the U.S.. Based on what I observed, Tony has a compelling argument.

Here are a few photos I took that will give you a sense of what the cities in China are like. 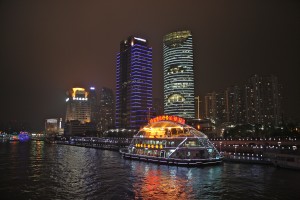 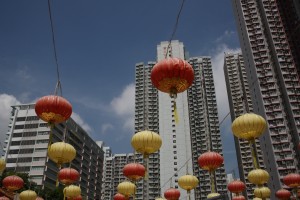 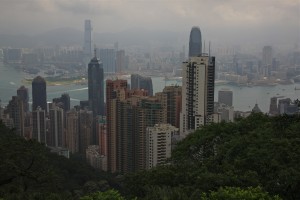 Over the next week I will share my observations from the major locations I visited in China. To be clear, I am not an expert on the Chinese economy, culture or people. But, I am hoping to stimulate your interest in learning more about the Chinese economy and the potential impact China can have as a competitor and a collaborator with Brand America.

I encourage you to share your own observations so collectively we can all become better educated about China. Thanks in advance for doing so.

7 Responses to “Impressions of China”