What Does It Take To Be An American Dream State?

In a democracy, people get the government they deserve

You will be ideally electing Governors with the hope that their Administration will help make it easier for you, as a resident of that state, to achieve your American Dream.  Consequently, it is important to understand if your current Governor has made it easier or harder to achieve the American Dream in your state.  If the answer is harder, then you need to determine what will be different in the next four years versus the last that would give you confidence the situation will change.

To help you assess your State performance in enabling the American Dream, I have put together a 2013 Report Card. It assigns a letter grade to each State’s performance.  This Report Card is intended to stimulate a discussion by providing a unique way of looking at an incumbent’s impact on enabling the American Dream for the residents of your State.  It is important bro note, the data represent the sentiment of people living in each State. The logic is that nobody knows the State better than its residents do.

There are only 6 American Dream States.  These are States where resident sentiment regarding their ability to achieve their American Dream indexes 105 or greater to national average.

Comparing your State performance versus the cohort of American Dream States can provide insight into opportunities for improvement. Areas where your Governor might consider making a priority to better understand and then eliminate the barriers you face to achieving your American Dream. 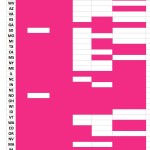 Here is how Xavier University describes the ADCI sub-indexes.

ADCI measures resident well-being as a function of the multifaceted American Dream. The ADCI takes into account all aspects of life in its calculation. It measures true aspiration.

American Dream Societal Index measures the extent to which the government, businesses, and people are fair and honest.

American Dream Diversity Index measures the attitudes toward the assimilation of differences in one’s community.

American Dream Environmental Index measures the extent of pollution in the air, food, water and land one encounters on a regular basis.

CHECK OUT THIS NEW SERVICE

One Response to “What Does It Take To Be An American Dream State?”