Lawmakers are looking for a quick fix rather than dealing with the underlying issue of long-term tax reform.

The escalating use of incentives to attract businesses may be destroying the image of the economic development profession.

Increasingly, the economic development profession is seen as mortgaging a location’s future by offering huge incentive packages in exchange for job growth. And nowhere is this practice more public than the on-going battle between Texas and California.

As background, in 2003 Texas lost a bid for a Toyota plant in San Antonio. The Governor responded by championing the creation of the Texas Enterprise Fund with an initial war chest of $295 million to be used to incentivize companies to locate operations in the Lone Star State. The money used to underwrite this strategy was allocated from the state’s rainy day fund. At the time, critics objected because Texas had a shortfall in both their Medicaid and Children’s Health Insurance programs that (they claimed) would represent a better use of taxpayer dollars.  The, raising an important question on priorities for taxpayer dollar investment.

Since its inception, the Texas Enterprise Fund is estimated to have awarded nearly $500 million in incentives to attract businesses. Proponents have described the impact of the Fund as the “Texas Miracle”.

In addition to these tactics, Texas also proactively slams California as a state that “regulates rather than innovates“ on their Texas Wide Open For Business website. The Governor even goes so far as to deliver an audio message to California business leaders.

Just to be clear, while the Texas versus California battle is getting most of the media attention, Texas has also set its sights on luring/poaching businesses from Illinois, Missouri, Connecticut, Maryland, and New York as well. Interestingly these are all states with Democratic Governors, suggesting there may be a bigger political agenda at work as well as an economic development agenda.

What If You Compare Texas Versus California On Resident’s Perceived Ability To achieve The American Dream?

I wanted to find out if there a basis to argue that one state is clearly a better long-term choice for capital investment.  Does living and working in Texas make it easier for employees to achieve their American Dream?

The short answer is no. In both states, residents felt they were achieving their American Dream to roughly equal degrees. But, there are some important cultural differences between the two states.

Texas had an advantage (index 105 or greater versus California) in the dimensions of “generational progress”, “home ownership”, “destinations in life”, “family support”, “happiness”, “support of someone special” and “environment”. But Texas was disadvantaged (index 95 or less) in the dimensions of “trust in government”, “just society”, “diversity”, “personal and social identity”. (click on the sub-indexes on this web page for a description of each dimension)

Since culture plays such a key role in long-term business success, it would make sense for CEOs and their HR Directors to assess the sentiment of residents on the different dimensions that make-up the American Dream Composite Index against their company culture before making a site selection decision. Based on the above analysis the impact would be expected to be very different.

Is the Texas Approach Working?

If you listen to the Governor’s argument you’d have to conclude absolutely.  But, that may or may not be the right answer.  In fact, it might not even be the right question.

I found an interesting perspective on the question put forward by the Campaign For America’s Future in their “Take The Texas Job-Poaching Test”. The test attempts to look at the practice from a greater good perspective.  It raises the consideration of what is best for the American public.

And the job growth data doesn’t seem to really provide a definitive answer.

In a February 2013 article authored by John Fund for the National Review Online, he highlights “…in the last five years Texas has gained 400,000 new jobs while California has lost 640,000.”  These data seem convincing until you understand that the timeframe includes the impact of the recession.

And, whenever you look at gross job numbers, it is important to realize the oil and gas industry plays a uniquely important role in Texas job growth. These jobs are directly tied to the geological assets of the state and not really “up for grabs” by economic development organizations in competitive states.  I’m not sure it is fair to include them in an “apples-to-apples” comparison between the two states.

And, it is important to call out that while Texas added more jobs than any other state in 2013, California was a close second.  I know, second place is not as impressive as first.  But, given 48 states performed worse than California I don’t think it suggests companies are running from the state because they can’t be successful there.

With respect to the basic practice of using large incentives to attract business, I found an article reporting on some interesting research by Nathan Jensen – “there is “no evidence” that those oft-used tax incentive programs have any positive effect on job creation. In fact, by cutting into public funds that could have been used for other programs that, say, spur private investment or fund research, and by making it harder for employers who do not receive tax breaks to compete in the market, the programs may actually be having a detrimental effect.”  I am a big fan of data based analysis, and these data are a cause for a pause in my opinion.

While certainly not a convincing argument, as a parenthetical point I would also like to highlight that despite the aggressive incentive approach used by Texas, Ohio won the Governor’s Cup in 2006, 2007, 2008, 2009 and 2011 behind its brand promise of being a location where you didn’t have to compromise success in your personal life for business success (essentially a restatement of the American Dream).  You may or may not believe Governor’s Cup standing means anything.  But, Texas proudly shares on their website that the state has won the Governor’s Cup recently.  So economic development leaders in Texas believe it is meaningful.

I find it kind of ironic that a Toyota decision to not locate in Texas was the catalyst for the creation of an aggressive incentive fund in 2003, and now in 2014 it has been reported  Toyota has decided to relocate its U.S. Sales and Administrative operation from California to Texas, a net move of roughly 5,000 managers and employees.  [Note, the operative word is relocate so most of the jobs will not be filled by Texas residents.  I wonder what impact moving 5,000 Californians to Texas will have on the local culture.]

“The automaker won’t be the first big company Texas has poached from California. Occidental Petroleum Corp. said in February that it was relocating from Los Angeles to Houston, making it one of around 60 companies that have moved to Texas since July 2012, according to Texas Gov. Rick Perry.”  (Jerry Hirsch and David Undercoffler, “Toyota to move jobs and marketing headquarters from Torrance to Texas,” Los Angeles Times, 4/27/14)

Now that Texas will finally get its Toyota facility, will the economic development profession see a reduced emphasis on the use of incentives to attract companies?

When you look at the recent Tesla example, it is doubtful. Nevada won the battle for Tesla behind a $1 billion incentive package. Nevada beat California, Texas, Arizona and New Mexico for the project. In an interview after the decision was announced, the Tesla CEO claimed “time to execution” was the biggest reason for selecting the final location. Perhaps that is true. But, it is equally true that a new benchmark has been set for the size of incentive package other companies will expect when building a multi-billion dollar plant in a state. Anything less than 20% of the project investment value may now be seen as non-competitive.

I am going to be very interested in a post-hoc review of the Tesla deal to see if it really will provide a positive ROI on taxpayer dollars.  That analysis should include the impact on the cost of additional community/state services used by Tesla as well as the incentive investment.

My personal point-of-view is that a capital investment deal must in some way better enable residents to achieve their American Dream for it to be considered a good deal.  If it redirects tax revenue in a way that impedes achievement of the American Dream then it is in principle a bad deal for the community.

I am concerned there is potential for the economic development profession’s image to be negatively impacted by the use of excessive incentive packages to win deals.  It implies we are poor stewards of our community resources and are willing to sacrifice resident attainment of the American Dream to meet a company’s project NPV needs.  I strongly believe we should be seeking “AND deals” where the needs of residents AND the needs of the company are both met.  It really isn’t a win if resident interests are sacrificed in the process.

What Do You Think?

If you know a rising star in the economic development profession, click the 40 Under 40 logo and nominate them for national recognition. 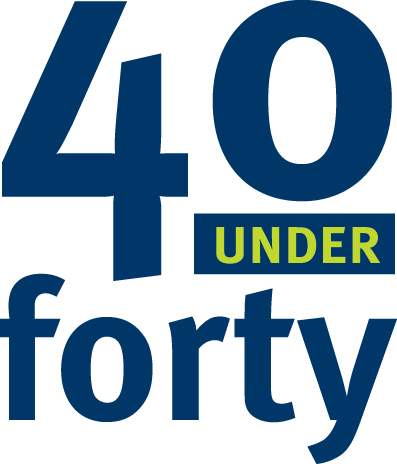 8 Responses to “Are Deal Incentives Killing The Economic Development Profession?”