Detroit – Building A Vibrant Future Built On The Past 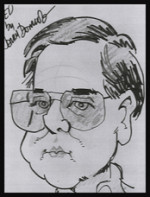 A city is not gauged by its length and width, but by the broadness of its vision and the height of its dreams.

I was recently asked by my friend Andy Levine to share my thoughts on how strategically Detroit leaders should return the city to a path of prosperity.  Andy combined my feedback with other place brand experts and authored a blog post for Forbes entitled “Memo to Detroit: How to Engineer an Extreme Makeover”.  Given the caliber of experts Andy reached out to, it was an honor to even be asked to participate.

One common theme from the responses is that a community’s promise needs to be authentic in order to be effective.  From my perspective, if that promise is not competitive, then the deficiencies must be addressed before residents can more easily achieve their American Dream.

Detroit’s future success will be determined in part by the quality of its leadership and the willingness of those leaders to objectively deal with Detroit’s negative points of difference.  These leaders need to guide Detroit through a challenging transition period.  In 2013 I authored a blog post on this that is worth reprising – Can Detroit Turn The Corner?

The fact that the residents of Detroit face hurdles to achieve their American Dream is not surprising to anybody.  As an example of how the Detroit problem has been characterized, the NY Times published an article entitled “The Post Post-Apocalyptic Detroit”.  Ouch!

But what you might find surprising is that (based on Xavier University’s 2014 ADCI research data) current residents of Detroit report they are achieving their American Dream to a degree identical to the national average.  This may reflect the fact that 3.5% of the community have relocated elsewhere since 2010.  According to the data, Detroit residents feel they are 65% of the way toward achieving their American Dream.  Here is a link that will help you get the most out of census data.

The areas residents report as particularly challenging (defined as a reported rating that indexes 95 or less versus national average) are:

These represent hurdles that should be addressed by any comprehensive strategic plan to make Detroit more competitive for both capital and skilled labor attraction.

Admittedly, I am still trying to more fully understand what the ADCI data are saying about how Detroit residents are feeling.  But, I am confident the data are suggestive of a couple of things that Detroit leaders should pay close attention to:

I don’t pretend to have the solution to the challenges Detroit faces.  I do know the brand promise for Detroit must be relevant, competitive and authentic.  I do believe the most effective promise for Detroit will turn out to be a reframing of its historical experience in manufacturing.  In part, that is because I believe that history has resulted in creating an interdependent local eco-system that supports manufacturing.  I also believe that there is a risk that Detroit’s leadership might default to focusing on recapturing leadership in automotive manufacturing.  I think that would be a big mistake and likely prolong Detroit’s problems.

For what it is worth, I am optimistic about what I’ve read in the approach Detroit’s leaders are taking to understanding and strategizing about the city’s challenges.  The Detroit Future City initiative feels like a right step forward.  And the strategic framework the city is operating against certainly focuses on many right things.

Detroit is a case study in the making, and will continue to be so for awhile.  But, if I had to place a bet on success my inclination would be to double down on the resilience and determination of the residents of Detroit.  In my mind it isn’t a question of “If”, it is simply a matter of “When” Detroit will turn the corner.