Jobs And The American Dream 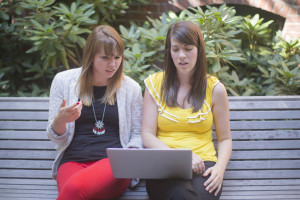 Don’t get too caught up in making money or having a job, get excited about the fact that you can design your life.

Does Job Growth Translate To Achieving The American Dream?

I read a post by one of my favorite bloggers (Bill McMeekin) entitled “10 States With the biggest Job Growth“. It got me wondering if there is a strong correlation between job growth in a state and the resident perception of the degree to which they are achieving their American Dream. I also read another article here, and after assimilating how easy it is to find jobs online, I was almost convinced that job growth was related to the American Dream.

It is a particularly relevant question since the economic development profession and elected officials place such strong emphasis on year over year job growth as evidence of success. But, do more jobs available in a state translate into better attainment of the American Dream?

Maybe not so surprising (particularly to my regular readers) the answer is NO.

Before you start formulating your counterpoints, take a look at the data: 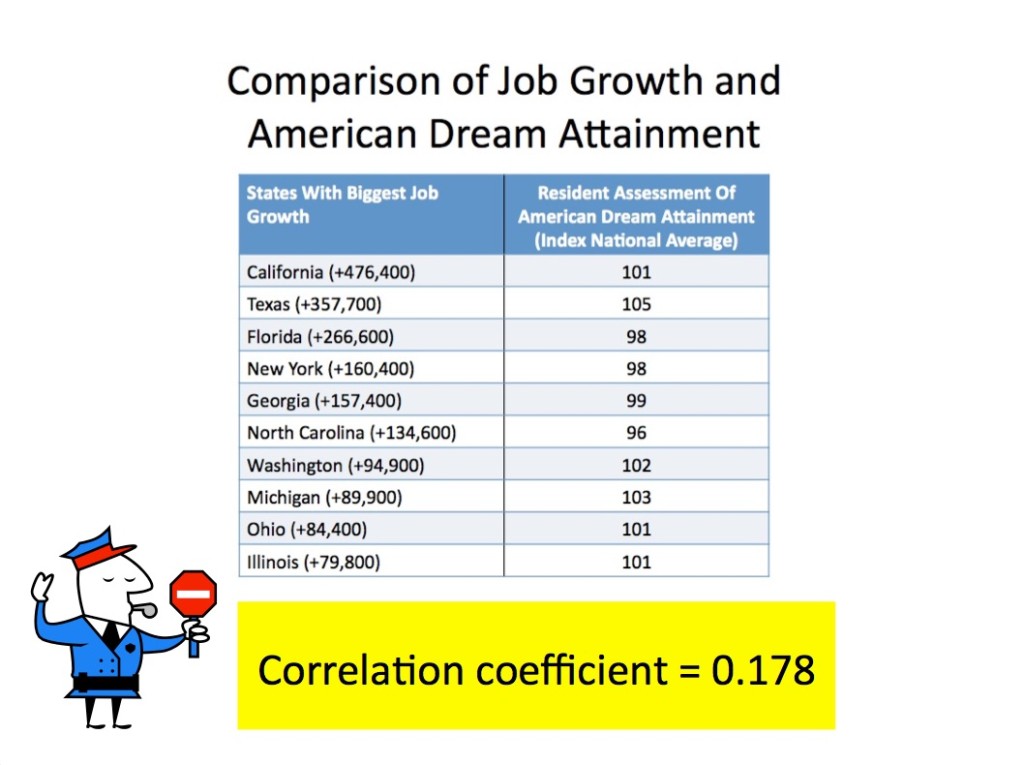 Why Doesn’t It Translate?

Well-Being – extent of contentment, health and prosperity in life.

Societal – extent to which the government, businesses and people are fair and trustworthy.

Diversity – attitudes toward the assimilation of differences in one’s community.

Environment – the extent of pollution in the air, food, water and land that is encountered on a regular basis.

For example, having a job does not solve the problem of feeling you have no say or that you can’t trust CEOs and elected officials to make decisions that are in your best interest. Having a job doesn’t make the feeling of being discriminated by society go away. Having a job doesn’t offset the potential negative impact of civil rights issues on resident perception regarding attainment.

Second, incremental job growth in a state does not have a noticeable impact on the majority of residents. Note the emphasis on the word noticeable. Arguments regarding increased tax revenue and consumer spending not withstanding, when measured against the backdrop of state finances the impact doesn’t materially change the lives of people living in the state. Consider California with a population of roughly 39 million people. The new jobs created directly impact only 1% of residents. And you also have to take into account that many of the new jobs were filled with either California residents who were hired away from California companies or new residents who moved to California because they were hired to fill the jobs.

Third, the importance of jobs is not the same for all residents. For example, retirees are far more concerned about health care than employment and right or wrong students tend to be more concerned about getting good grades (yes, students will ultimately need jobs, but that isn’t their current worry).

Does This Mean Attracting Jobs Is A Waste Of Time?

Hardly. It simply means that year-over-year job growth is not the full solution. It is a step in the right direction, but far more than just job growth is required if we want to better enable residents to achieve their American Dream.

If you’d like to read about what the economic development profession might be better served to focus on, check out this post on changing the dialogue.

Comments Off on Jobs And The American Dream  |

No Responses to “Jobs And The American Dream”