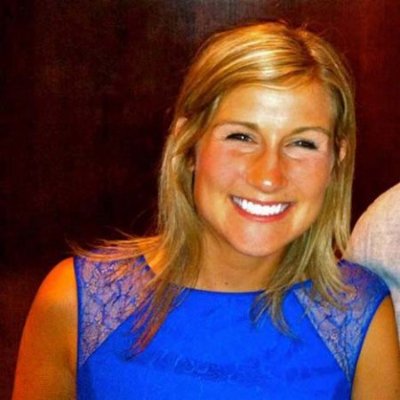 Liz Hayden is a Business Development Specialist for the City of Hamilton, Ohio, and a 2015 DCI 40 Under 40 Award recipient.  The 40 Under 40 Award is a peer recognition of people who have achieved a high level of success in economic development.  These are young leaders who are judged to have raised the bar by bringing innovation, high standards, strong character and a record of success to their community and the profession.  Candidates are nominated by their peers and undergo a rigorous selection committee review.  DCI 40 Under 40 recipients are the industry leaders who will shape the future of economic development.  Their insights and experience are worth reading for anybody who wants to better serve their community.

If somebody were interested in becoming an economic development professional, what are the top 2 or 3 work skills you would tell them are critical to success?

Flexibility – Be ready to catch a curveball every day. I love that my job is different all the time. You won’t know what may happen each day so plan to be up for whatever is thrown at you.

Communication – Listen and try to help solve problems. I think often business owners expect government representatives to be hard to work with. Being friendly and genuine goes a long way towards building relationships. Follow-through on what you say you will do matters even more.

Willingness to fail – Be bold. If you aren’t failing, you probably aren’t getting out of your comfort zone enough. One of the best things I have learned from my boss is to aggressively go after a project, even when it seems like a “Hail Mary.” If we aren’t losing out on most of the projects we go after, we aren’t being aggressive enough. Even when our chances seem slim, I continue to be surprised by the number of times our proposals are successful.

I have a lot to learn still so this is a tough question for me, but I know that workforce development is a critical issue in our region. I was recently speaking to one of our regional partners and we were discussing how there are major gaps in workforce development programming. Most workforce funding is for the unemployed and low-income, which is very important, but there are workers that don’t fit this description that are in need of training and skills to get them equipped for today’s economy. At the same time, there are many high skill jobs that go unfilled in Greater Cincinnati. If we were able to figure out how to train more people for these in-demand positions, we would make a huge impact on the lifetime earning capabilities of many people and make our region more attractive for employers with high-skill positions.

Regionalism is crucial for the city I work in, Hamilton. REDI Cincinnati is our regional partner and REDI Cincinnati is part of a state-wide network called JobsOhio. These partnerships are the main reason prospective companies learn about opportunities in Hamilton and, whether it is an attraction project or a retention project, our regional and state partners are critical for making the incentive package and financing work. We have seen this regional network strengthen over the last few years and we hope to see this trend continue.

My main focus is small business development and downtown revitalization, so I am limited in what I can say when comparing these two types of investment. However, Hamilton, which owns and operates its own utilities, generates enough hydroelectric power that 70% of our power is green. We use this as a major marketing tool and we have found it resonates much more with international companies than U.S. companies. I think that is an interesting corporate value difference.

One of the biggest lessons I have learned is the lesson of being willing to fail. I mentioned my boss’s “Hail Mary’s” previously and I have lots of stories about these. One good example is STARTEK, an international call center company. STARTEK had been looking for a site for a 700 person call center for many months and, at what seemed like that last minute, things fell through on the sites they were interested in. Not wanting to lose out on a large job prospect, my boss Jody Gunderson called the company and told them that Hamilton had a vacant downtown department store the company could use for storage while they ironed out the issues with the other potential sites. Jody then informed me he wanted to pitch the department store not just for storage, but for the call center itself.

I thought it was an amazing idea, but I also thought they were going to think Jody was crazy for even proposing such a site – the opposite of the plug-and-play location they were looking for. But he insisted and worked with the owner of the property, which is the city’s urban redevelopment corporation, the Hamilton CORE Fund, to pitch the building.

When the company representatives flew in two days later, the Hamilton CORE Fund director had site plans and a construction timeline for them to consider. It took only a few hours for them to commit to the plan. Soon STARTEK will be running a 24 hour operation in downtown Hamilton. The company will immediately become our third largest private employer, they are renovating a large, highly visible building, and the location will have a tremendous spillover effect on our downtown restaurants and retail.

I probably would have been afraid to pitch this idea. I would have figured the deal was done and they would be angered by even suggesting the idea of an old vacant building. My fear of proposing a bold idea could have stood in the way of landing a project like this and I’m so thankful that Jody is willing to take risks. I’ve realized that to be successful in economic development, I need to be ready to exhaust every option, propose wacky ideas that might get me laughed at, and be able to view lost projects as part of the job instead of a personal failure.

What are the challenges you believe the economic development profession is going to have to address in the next few years and why?

I think we will have to focus more on entrepreneurship. Startups are a critical part of innovation and job creation but since they are inherently risky, it can be harder to justify public support for these efforts. However, I think a greater portion of new jobs will come from new companies in the future, so we need to adapt our economic development strategies to foster startup activity.