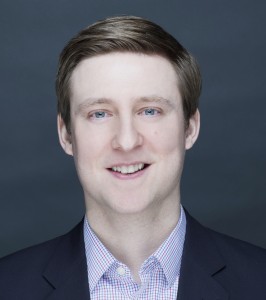 David Gilford is Vice President of the New York City Economic Development Corporation, the City’s primary engine for economic growth. As Director of Urban Innovation & Sustainability, David oversees programs that support the infrastructure, energy, smart cities and clean technology sectors, including developing the Urban Future Lab incubator and the RISE : NYC resiliency technologies program. Prior to NYCEDC, David worked in strategy and finance at General Electric, McKinsey and the Federal Reserve. He was recently recognized nationally among the 40 Under 40 Rising Stars in Economic Development, as well as one of New York State’s Top Ten Energy Government Leaders. David holds a BA in Economics from Williams College and an MBA from the Yale School of Management.

If somebody were interested in becoming an economic development professional, what are the 2 or 3 work skills you would tell are critical to success?

Hard skills are certainly important, but they can be learned – and they’re not all that matters. Among the qualities I value most are curiosity, empathy, and creativity.

Someone entering the economic development profession can’t expect to be an expert in all industries. To me curiosity is the precursor to knowledge. Being interested in everything makes learning much easier, not to mention more enjoyable.

Second, empathy helps enable productive relationships across the many perspectives inherent in economic development. Whether it’s writing an RFP or negotiating a contract, when you understand the needs of diverse stakeholders, you help create better outcomes for everyone.

Last but not least, creativity is critical. We all need to challenge ourselves to think beyond templates and boilerplate. Innovation in economic development doesn’t just mean attracting new businesses to your region. The bigger opportunity starts from the inside out, beginning with the processes and programs that economic development organizations themselves create.

Sustainability is often viewed separately from economic growth, whether in terms of a desired outcome or as a cost to be minimized. This framing gets things backwards, in my opinion, because sustainability itself can be a major source of innovation and competitiveness. The challenges that cities face, from energy infrastructure to transportation access, represent opportunities for entrepreneurs and businesses of all sizes.

At NYCEDC, we believe that environmental sustainability is good for business and good for citizens. New York City has been a leader in setting sustainability as a long-term policy goal. From PlaNYC in 2007 to OneNYC in 2015, the City has a history of setting ambitious goals and then pursuing them through metric-driven programs. As new industries such as solar grow rapidly, job creation can go hand in hand with reaching our environmental goals.

From the electric grid to transportation systems, investing in sustainability and resiliency helps provide the reliable and affordable infrastructure required for economic competitiveness. This isn’t only a question of megaprojects like bridges or tunnels. “Smart cities” technologies such as sensors, connected devices, and big data analytics are enabling entrepreneurs to build companies and entire new industries aimed at solving urban challenges using tools from the fast-growing tech sector.

These trends give me much reason for optimism, but we clearly have much work ahead. Cities have a lot to learn from each other as well. Through participating in C40’s Green Growth Network, I’ve seen firsthand how economic development leaders from Copenhagen to Portland are showing the positive connections between sustainability and growth.

At its best, economic development connects and strengthens communities across regional boundaries, leveraging the assets and diversity of individuals, neighborhoods and companies. While many issues can be addressed at a city level, regional cooperation is needed to solve challenges that span larger areas. Given the growing interconnectedness of cities, and the complexity of supply chains, this role is poised to continue expanding.

What are the similarities and differences you see in the approach to attracting foreign direct investment the same as attracting domestic investment?

A city that is attractive for domestic investors will generally be better positioned internationally as well. Attracting foreign investment certainly adds complexities, from currency fluctuations to visa considerations, but the fundamental requirements are the same: the opportunity needs to exist, investors need to be aware of the opportunity, and mechanisms must be in place to facilitate the transactions. New York City has an advantage in being well-known throughout the world, but the same principles apply to cities and regions of all sizes.

When I first entered the economic development field in 2009, I expected to find strong rivalries between “competing” cities and states. While we indeed each have our own interests, I’ve been continuously and pleasantly surprised by the level of collaboration in the profession.

This first struck me a few weeks into the job, meeting my counterpart from New Jersey at an event showcasing cleantech companies in the region. Rather than focusing on state-level incentives, our conversation quickly turned to the shared challenges we faced. Early experiences such as this convinced me that economic development need not be a “zero sum” game, and that by connecting across geographic boundaries, creative programs can strengthen everyone involved.

Since then, I’ve gained countless insights from colleagues across the globe, from Sydney to London, sharing best practices, contacts and ideas. This approach directly led to the creation of the Danish Cleantech Hub in Brooklyn, a partnership with the Confederation of Danish Industry that helps connect NYC-based companies with European partners and markets, and vice versa.

What are the challenges you believe the economic development profession are going to have to address in the next few years and why?

Economic development professionals need to be embedded in the communities we serve. While policies and programs are often viewed in the abstract, their impact is ultimately felt in individual neighborhoods. We all need to ensure that the diversity, needs, and rich innovation in our communities are reflected in the design of our programs.

Making the most of the opportunity ahead will require multidisciplinary thinking – and true community engagement. Breaking down the silos between groups such as community-based organizations, technologists, and economic developers will help deliver better outcomes for our communities.