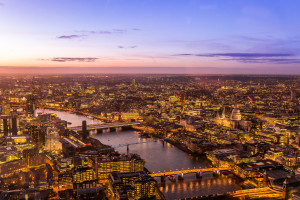 In his Gettysburg address, President Lincoln stated succinctly the proper place for government in the lives of Americans.  He characterized our nation as a representative democracy that focused on the people.

Most economic development professionals today would agree focusing on improving the lives of residents living in the communities they serve is the end goal that matters most.  Investing in creation of desired assets to make life easier, improving infrastructure to help residents be more efficient, and advocating public policy reform/creation that helps make living safer and more affordable – are all ways to strengthen resident loyalty to the community and to help them achieve their dreams.  This kind of loyalty leads to community advocacy, retention of top talent graduating from local universities and colleges, and capital attraction/expansion from the private sector.

The problem is, even though they conceptually buy into this long-term resident focus, most economic development professionals have not embraced the practical implications.  Despite the rhetoric of of being for the people and wanting to serve the residents of their community, watching economic development professionals act over the years shines a glaring light on the truth: It’s all about year-over-year job creation.  Capital attraction/expansion trumps improving the lives of residents living in the community.  Or to be fair, is seen as the preferred way to accomplish the objective.  Unfortunately, focusing on job growth is a “For the Business” not “For the People” approach to economic development which can (and often does) become counter productive for current residents.

Consider the example of communities “fortunate” enough to be located in active shale plays.  These were typically small rural communities with infrastructure “right-sized” to the existing resident population.  Invention of horizontal hydraulic fracking made it possible to cost effectively extract natural gas from the shale under and around their communities.  As a consequence, economic development professionals in those communities were able to attract capital investment from energy companies.  These companies created a significant number of jobs associated with the exploration and drilling phase of shale gas production.  But, they also created a significant stress on both infrastructure and support services.  In many cases, this led to a rapid economic “boom” followed by an equally rapid and devastating  “bust”.

In a working paper authored by Susan Christopherson and Ned Rightor, the “boom-bust” cycle is described as follows:

“The extraction of non-renewable natural resources such as natural gas is typically characterized by a “boom-bust” cycle, in which a rapid increase in economic activity is followed by a rapid decrease. The rapid increase occurs when drilling crews and other gas-related businesses move into a region to extract the resource. During this period, population increases and there is a modest increase in jobs outside the extraction industry (Marchand, 2011) in construction, retail and services. When drilling ceases, either temporarily or permanently (because the commercially recoverable resource is depleted), there is an economic “bust”. Population and jobs depart the region (Feser and Sweeney, 1999).”

Economic development professionals serving those communities can certainly point to a short-term increase of jobs as evidence of “success”.  But, when you consider whether a community’s resident population benefited (improved standard of living, employment opportunities, sustainable economic diversification, etc.), the long-term impacts may suggest a very different picture.  For example, (according to the working paper) “the drilling phase of shale fas development usually depends on an out-of-state workforce, except for truck haulers and construction jobs.”  The increased population requires more services (police, fire safety, classroom space in schools, government services above existing budget), and a need for housing.  The community experiences increased traffic (stress on roads) and increased demand for goods which drive up local prices.  When the wells move into the production phase, there is a rapid decline in population and the community is left with on-going expenses stimulated by the shale energy industry without the tax revenue to pay for them.

By focusing on the narrow metric of year-over-year job growth as the standard of success, economic development professionals in these “boom-bust” communities have inadvertently created a situation where most residents end up worse off than before the industry invested.

This phenomenon is not unique to the shale energy industry. Consider the situation in Detroit MI, Cleveland OH, Buffalo NY, Youngstown OH, Wilkes-Barre PA, or St. Louis MO.  Each of these cities has experienced dramatic declines in population from their respective peak.  In each of these cities, the economic development focus was on year-over-year job growth. And, that narrow focus resulted in economic strategies that ultimately ended up being detrimental to residents.  Rather than concentrate on building sustainable success, elected officials and economic development professionals in these locations declared success when jobs were expanding and subsequently pointed fingers when jobs were lost.

Unfortunately, this kind of thinking continues today and makes reestablishing reliable economic vitality in these cities even harder.

Jobs Are Definitely Important, They Are Simply Not Sufficient

Nobody is going to argue having a robust private sector capable of providing residents good paying jobs is not important to the sustainable vitality of a community.  It definitely is.  The problem is as a success measure it is not sufficient (and it is potentially dangerous).

Suppose decision makers elected to put the well-being of residents as the litmus test for community strategic plans?  One of the first things that would be realized is most of the residents either already have a job (employed) or do not desire to have a job (retired or under age).  Take the Detroit MSA for example.  According to published data from the Bureau of Labor Statistics, in June 2015 the unemployment rate was 7.7%.  Of the 7.7%, only 30% are considered “highly employable” (based on the MWN employability index).  If you think about it, this translates to a cohort of only 2.3% of Detroit residents with the potential to directly benefit from attraction of incremental jobs.

Does it really make sense to evaluate economic development success based on the impact made for only 2.3% or residents?

Or, should the economic development professionals in Detroit be more focused on designing and deploying strategies to materially impact the remaining 97.69%?  Are their needs well understood?  Is incremental job growth really the best solution to help improve their lives?  Can government ever be “For the People” if it focuses on the needs of only only 2.3% of residents?

You can play these numbers out for your community and the conclusion will be the same.  In my opinion, by focusing on year-over-year job growth you create the proverbial “tail wagging the dog” scenario.  Strategically, this is simply not a sound approach to sustainable prosperity.

Forward thinking economic development organizations are beginning to realize it is about Place Branding (which I define as Place Making + Place Marketing) rather than jobs.  They are acting more like Brand Managers and are increasingly concerned with what it is like for residents to make a life in their community.

One example is Los Angeles County.  The Department of Public Works is evaluating projects based on their sustainable impact (“the long-term health and wellbeing of residents in the community”).  The Agency uses a system called Envision to measure a project’s sustainability. Envision looks at the social, environmental as well as traditional economic impacts.  Other Agencies across the Nation (e.g. NYC’s Water Agency as well as Agencies in FL, IL, ME, MA and TX) are beginning to follow the Los Angeles County lead.

The IEDC has addressed the challenge differently than Los Angeles County.  The economic development professional association published a report entitled Economic Development and Smart Growth which recognizes the profession needs to focus on more that year-over-year job growth.  Here is an excerpt from the introduction …

“However, growth and development, if managed improperly, can negatively affect a community’s quality of life, leading to automobile congestion, pollution, pedestrian-hostile neighborhoods, and sprawl.”

The Report connects a community’s ability to attract and retain skilled labor with the perceived quality of life offered.  There are eight case studies shared in the Report to demonstrate the transformational power of this concept.

This realization is not unique to the U.S..  The OECD (a global organization for economic cooperation and development) has created a tool called the Better Life Index to help visualize the degree of wellbeing experienced in places.  This organization focuses on helping governments devise policies that will lead to better lives for citizens.  Jobs is only one of eleven criteria considered.  In case you are wondering, their study identifies civic engagement and work-life balance as two real opportunity areas for the United States.  If you are interested, the OECD website gives you an opportunity to compare U.S. performance versus other countries.

In The U.S., It Is About Achieving The American Dream

I believe it is time for the U.S. economic development profession to step away from a Jobs Based Model and adopt a Resident Centered Model.  This new approach puts emphasis on place making as well as place marketing.  It recognizes places need to offer the opportunity for residents to more easily achieve their American Dream.  The approach encourages design and deployment of strategies for asset creation, infrastructure investment and public policies/programs that enable residents to be more successful.  It is a holistic approach to sustainable economic development in which jobs is only a piece of the puzzle.

The success measure for communities is year-over-year improvement in the American Dream Composite Index (created by Xavier University).  The ADCI is a measure of the degree to which residents of a location believe they are achieving their American Dream.  For perspective, the XU model statistically defines the American Dream as thirty-five dimensions.  Comparisons can be made with other communities to determine which dimensions represent competitive advantage for a community and which present an opportunity for improvement.  Strategies to break down barriers to achieving the American Dream can then be created and included in community economic development plans.

Adopting a Resident Centered Economic Development Model holds both elected officials and economic development professionals accountable to the people.  It is the best way to ensure government consistently behaves in a way that is truly “of the people, by the people and for the people”.