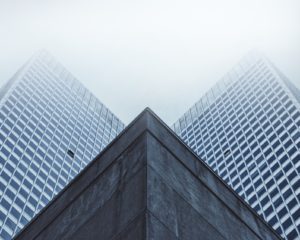 My personal hypothesis is the Media has become part of the problem in the U.S.. Rather than providing unbiased reporting of the news, the Media increasingly creates the news.  In my opinion, this has a negative impact on Brand America.

But, I wanted to better understand if I was alone in my perspective.  To that end, I fielded a short online survey to try and generate some insights on the subject.  It is my hope the results of this survey (described below) serve as a kick-start for a broader discussion on the role of the Media is shaping global perception of Brand America.

Respondents were recruited and completed the survey online.  This is an all comers survey.  No supplemental effort was made to recruit specific demographics.  While the survey is reasonably well balanced, the reader should be aware the survey is biased racially.  Based on a quick scan of online material, I believe the results of this survey are directionally correct.  Supplementing respondents to balance the racial demographic would likely increase the percentages associated with distrust of the media and simply reinforce the conclusions.

The media has been described as the “fourth estate” and has an important role to play in a healthy democracy. People need to be able to rely on the media for information, to uncover abuses, to stimulate public debate, to provide multiple perspectives on subjects and to educate the public. To fulfill the role, it is imperative the media focus on facts rather than opinion and avoid sensationalizing or trivializing issues.

Given the results of this survey, clearly the media is not fulfilling its mission. In my opinion, the media has become part of the problem rather than part of the solution.

Comments Off on Where Has Media Integrity Gone? [National Survey Results]  |

No Responses to “Where Has Media Integrity Gone? [National Survey Results]”