How To Control A Run Away Budget 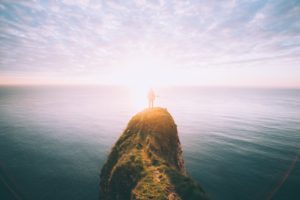 Where you are today is the sum of every choice you have ever made.  If you don’t like where you are, start making different choices.

I recently participated in an interesting discussion with an elected official on the best way to control rising budget expenditures. My position was to adopt a zero-based budget approach and require justification of each line item in the proposed budget (ideally based on a documented positive ROI). The opposing view (advocated by an elected official) was to adopt a fixed percent across the board cut. “Defining an ROI on spending is often impossible, with an across the board 20% cut everybody shares the pain” was his rationale. Knowing I disagreed, he joked – “I hope you don’t write a blog about this”. Of course, after that comment I had no choice.

Managing run away budgets is a major challenge we all face. It is a fact of life that costs increase far more frequently than they decrease. “You simply need to do more with less” is becoming a standard message from Boards of Directors.

I have often wondered why the typical approach to run away budgets at work is different than home. With your personal budget, the knee jerk response to overspending is to decide what you can do without and cut it from your budget. At work, Management’s knee jerk reaction is to cut spending across the board. Why are we perfectly willing to make the tough calls at home, but not at work?

Here are some pros and cons of an across the board (ATB) budget cut that you may want to consider about as you think about how you are going to manage your budget at work.

My point-of-view is across-the-board budget cuts are a cop out. They let Board of Directors and Managers off the hook by allowing them to skirt the harder task of separating wheat from chaff. There is no doubt zero-based budgeting is harder. It requires you to define measures to determine program effectiveness. It also holds people accountable for their spending, and of course they often don’t like that. If you are interested in continually improving results, I think zero-based budgeting is the best approach. If politics make it hard to totally cut ineffective programs, then across-the-board cuts are certainly the easier choice to enact.

In my opinion, there are only four categories of programs:

Ineffective – Cut completely and do a post mortem to document learning on why the program failed.

If you approach you budget with the four categories in mind, it will make it easier to implement a zero-based budgeting approach.

One Response to “How To Control A Run Away Budget”