What Impact Will Brexit Have On Brand America? 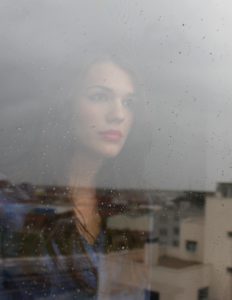 I have been keeping an eye on the expert assessment of the impact Brexit may have on Brand America. As you’d expect, the initial focus has been on the economic and trade impact the vote might have on the United States. And, as you’d expect the spectrum ranges from wildly negative to wildly positive. But …

What impact might Brexit may have on Brand America’s global image?

The NYTimes published an article entitled ‘Brexit’ in America: A Warning Shot Against Globalization. The authors make the case that since the fall of the Berlin Wall political and economic strategy has consistently been moving toward increasing market efficiency and minimizing market risk through establishment of block agreements (e.g. NAFTA) and managing structures (e.g. WTO). But, this direction began to run into headwinds from the counter paradigm of nationalism.

It is an interesting perspective and certainly one that should be explored more deeply. It is also not a new concept and should have been part of the calculus of globalization from the beginning.

There is a decent paper entitled Economic Nationalism: Theory, History and Prospects that was authored by Sam Pryke and published by Global Policy. One observation of the paper is the accelerating growth of world economies is undermining the reality of national economies. The author warns policy makers should be aware that “ongoing instability” may result in increased economic nationalism and careful attention should be paid to the importance of planning, regulation and respect for economic diversity as a path to increased global trade.

My simplistic interpretation is that the march to a globally interdependent economy is fine as long as the rising tide raises all boats. But, as soon as there is a period where residents of stable economies are required to endure sustained sacrifice for residents in troubled areas to achieve stabilization you should expect people to revert to nationalistic views. The remarkable thing to me is the paper was authored in 2012. I think it sums up our current situation pretty well.

This psychological tendency underpins the concept of economic patriotism where consumers and often country trade policies preferentially support local goods and services. It is one of the reasons for tariffs.

I won’t bore you to death by reviewing the plethora of scholarly papers written on the impact of nationalism on trade models. But, I do want to highlight one more just to illustrate the Brexit decision should really not have caught everybody by surprise.

Marvin Suesse (Humboldt-University in Berlin) wrote a working paper entitled Breaking the Unbreakable Union: Nationalism, Trade Disintegration and the Soviet economic Collapse. It is admittedly a pretty dense read, but the author argues that the Soviet Union is a great case study to help understand the impact of what happens when countries in a trading block don’t get along. In the case of the Soviet Union, several countries expressed a desire to secede. Admittedly a different set of circumstances, but now we have the Brexit decision. This might be a good paper for policy makers to read (and heed) if they want to better understand the potential implication of Brexit on the European Union. Or maybe somebody will write a subsequent paper entitled Breaking the Great Experiment: Nationalism, Trade Disintegration and the EU economic Collapse.

My expertise is branding, not economics or trade. Consequently, you should take the following three predictions with a prudent grain of salt.

First and foremost, I am concerned about the 2016 Presidential election and the campaign rhetoric leading to the November 8 vote. To date it has served to highlight everything that is wrong with our nation rather than everything that is right. I worry the world increasingly believes the United States is irrational and unreliable. The inability to count on our nation as a trusted ally will undoubtedly harm Brand America’s global image. I don’t know what the solution is, but I personally believe our current political system does not encourage the best and brightest leaders in our nation to run for office. A June 29, 2016 news report of the Quinnipiac University poll quotes Tim Mallory (Assistant Director of the poll) as saying: “It would be difficult to imagine a less flattering from-the-gut reaction to Donald Trump and Hillary Clinton. Voters find themselves in the middle of a mean-spirited, scorched earth campaign between two candidates they don’t like. And they don’t think either candidate would be a good president.” There is something fundamentally wrong with this picture, and I think there is a meaningful risk of sustaining damage to the Brand America image as the race plays out.

Second, I am concerned the growing domestic dissatisfaction with the status quo will translate to a declining belief in the achievability of the American Dream. We can’t expect to offer hope and inspiration to the world if we can’t even inspire the residents of own nation. I personally believe the United States can have the greatest positive impact on world stability and prosperity when it leads from the front and earns legitimacy by having our nation’s walk aligned with its talk.

Lastly, I am worried Brand America’s elected leadership may fail to step up to the plate during this period of global transition. Ultimately, the world needs a path to sustainable local prosperity. This will best be achieved through a model that appropriately balances local and global objectives. There is a real opportunity to help keep the world productively focused on finding a solution that respects and protects the sovereignty of nations for self-determination while respecting the role of being good stewards of our collective humanity. It is an AND challenge (not an OR challenge) in need of Brand America’s leadership.

Love to hear your comments.

I know it is challenging to find time to contribute. But even adding a couple thoughts to the discussion will enrich everybody’s understanding. What impact do you envision for Brand America (if any) from the Brexit vote?

5 Responses to “What Impact Will Brexit Have On Brand America?”