What Is Your American Dream? 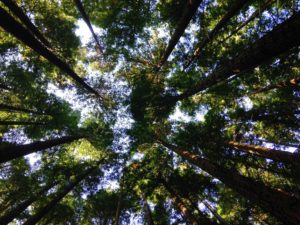 My dream is of a place and a time where America will once again be seen as the last best hope of earth.

How could a concept that represents our Nation’s brand promise be so misunderstood and mischaracterized?  … The simple answer is collective Ignorance

So, what actually is the American Dream?  What is the promise of Brand America?

Wikipedia is a good place to start any journey to understand what the American Dream actually is.

The American Dream is a national ethos of the United States, the set of ideals (Democracy, Rights, Liberty, Opportunity, and Equality) in which freedom includes the opportunity for prosperity and success, and an upward social mobility for the family and children, achieved through hard work in a society with few barriers. In the definition of the American Dream by James Truslow Adams in 1931, “life should be better and richer and fuller for everyone, with opportunity for each according to ability or achievement” regardless of social class or circumstances of birth.

It is the foundational promise our Nation makes to residents and immigrants.  It is embedded in the Declaration of Independence, Constitution and Bill of Rights.  And, it is far from dead.

There are couple big take-aways from the ADCI study worth noting.

Second, the American Dream is complex.  It isn’t just about owning a home, or getting a job, or having a good education.  This things are important, but not sufficient to describe the American Dream.  So, when politicians promise to help you achieve the American Dream, you might want to test their understanding of what it is.  My guess is they are simply blowing smoke up your … well you know where I mean.

Third, the American Dream is just as worth fighting for today and tomorrow as it was in 1776.  It is the promise of our nation and the only reason for American exceptionalism.

Take some time to read more about the American Dream.  Then challenge elected officials to enact legislation and regulations targeted to help enable you to better achieve your American Dream.  In my mind, that is the only litmus test that matters.

One Response to “What Is Your American Dream?”