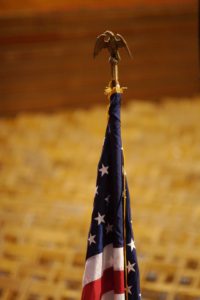 Unless we make education a priority, an entire generation of Americans could miss out on the American Dream.

The American Dream Composite Index (ADCI) study is “a unique and robust measure of American sentiment”. The study is conducted monthly by Xavier University. It looks at behaviors, attitudes and satisfaction with dimensions such as economic conditions, personal well-being, societal and political institutions, cultural diversity and the physical environment. The study is conducted monthly and results are reported by Xavier University on their website.

Xavier University provides The Burghard Group with aggregated data to use in helping economic development professionals and elected officials better understand how people living in their communities feel about their ability to achieve the American Dream. For the purpose of this analysis, aggregate data for the three-year period of calendar 2013 to 2015 has been used.

The data clearly suggest dropping out of high school makes it much harder to achieve your American Dream and you should get a college degree to have an average chance. An advanced degree is helpful, but in my opinion the incremental advantage gained should be carefully evaluated against the financial cost. It is also important to point out that on a national basis residents averagely report realizing only 64.6% of their American Dream. This is far from the best that can be achieved. To better enable residents to achieve the remaining 35.4%, it is imperative economic development professionals and elected officials understand specific local barriers and develop strategies around infrastructure investment, public policies/programs and asset creation to knock those barriers down.

The ADCI is comprised of 35 dimensions. These dimensions are statistically grouped into 5 indexes and a total composite score:

Well-Being – Measures the extent of one’s contentment, health and prosperity in life.

Societal – Measures the extent to which the government, businesses, and people are fair and trustworthy.

Diversity – Measures the attitudes toward the assimilation in one’s community.

Environment – Measures the extent of pollution in the air, food, water and land that one encounters on a regular basis.

The Xavier University research gives insight into resident sentiment about the American Dream, but we have to look elsewhere to try and understand why residents feel as they do.

As you’d expect, the biggest observable difference was in the Economic index. Residents with a graduate degree scored 4 points above national average while high school drop outs scored 9 points under. This is highly consistent with data from the Bureau of Labor Statistics that correlates an increase in earnings based on the level of educational attainment.

This translated into observable differences in the Well-Being index, presumably because a higher income helps relieve the stress associated with worrying about rising health care costs and allows people to save a bit for unforeseen challenges. I did find a paper entitled “Education and Subjective Well-Being: A Meta-Analysis” published by the American educational Research Association. The analysis conclusion is that “education is significantly positively related to adult subjective well-being”.

The gap on the other indexes was less remarkable across the different levels of educational attainment. The only consistent exception is high school dropouts. They scored dramatically lower on every index reinforcing the point that getting a high school diploma should be considered mandatory for achieving the American Dream.

Impact Of Home Ownership In Achieving The American Dream

One Response to “Educational Differences In Achieving The American Dream”