Impact Of Home Ownership In Achieving The American Dream 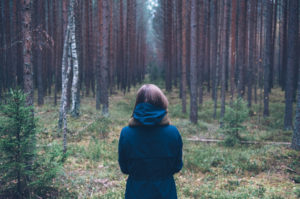 If I were asked to name the chief benefit of the house, I should say: the house shelters daydreaming, the house protects the dreamer, the house allows one to dream in peace.”

The American Dream Composite Index (ADCI) study is “a unique and robust measure of American sentiment”. The study is conducted monthly by Xavier University. It looks at behaviors, attitudes and satisfaction with dimensions such as economic conditions, personal well-being, societal and political institutions, cultural diversity and the physical environment. The study is conducted monthly and results are reported by Xavier University on their website.
Xavier University provides The Burghard Group with aggregated data to use in helping economic development professionals and elected officials better understand how people living in their communities feel about their ability to achieve the American Dream. For the purpose of this analysis, aggregate data for the three-year period of calendar 2013 to 2015 has been used.

As you might have expected, residents who own their home report they are achieving their American Dream to a level greater than national average. Single residents struggle the most. But, it is also important to point out that on a national basis residents averagely report realizing only 64.6% of their American Dream. This is far from the best that can be achieved. To better enable residents to achieve the remaining 35.4%, it is imperative economic development professionals and elected officials understand specific local barriers and develop strategies around infrastructure investment, public policies/programs and asset creation to knock those barriers down.

The Xavier University research gives insight into resident sentiment about the American Dream, but we have to look elsewhere to try and understand why residents feel as they do.
A 2001 Harvard study on the social benefits of home ownership found: “strong and consistent evidence indicates that homeowners are more likely to: a) be satisfied with their homes and neighborhoods; b) participate in voluntary and political activities; and c) stay in their homes longer, contributing to neighborhood stability”. The social benefits of home ownership have been supported by many studies. I found the references in this paper very useful.

Another interesting paper I found was on the Worldwide ERC website. It is entitled “The Positive Effects of Homeownership for your employees”[. There was one sentence in this paper that stood out in my mind. It is a quote by President Bush – “for millions of our citizens, the American Dream starts with owning a home. Homeownership gives people a sense of pride and independence and confidence for the future. When you work hard, like you’ve done, and there are good policies coming out of our nation’s capital, we’re creating a [homeownership] society in this country, where more Americans than ever will be able to open up their door where they live and say, ‘welcome to my house, welcome to my piece of property’.”

In both of these papers (as well as many more) the central theme is home ownership makes you feel better about yourself and more optimistic about the future. Net, it helps create a mental framework that may make it easier to achieve your American Dream.