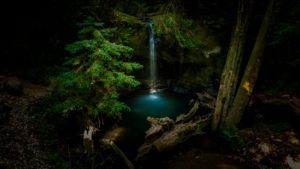 THE BEST VISION IS INSIGHT

Periodically, the research team at Xavier University sends me insights into what they are learning about the American Dream .  It is my pleasure to pass them on to you.  These insights come from extra questions asked in the monthly Xavier University ADCI survey.  The survey is national in scope and has a response base of greater than or equal to 1,000 each month.  The results can be projected nationally with a high degree of confidence.

The below results were from the December 2016 survey.  Xavier University asked a few questions about the President-elect and economic prosperity.  I think you will find the results interesting.

Finding: 59% of respondents say Trump will be good for the US economy in 2017. The distribution was consistent across all generations.

I think this finding is telling.  To the extent you believe the election was about changing the course of our nation’s economic trajectory, you won’t be surprised over half of respondents feel optimistic that the economy will improve.  Jobs and economic growth were key messages of the Republican candidate’s campaign and it appears to have struck a degree of credibility with a majority of Americans regardless of political affiliation.

Finding: It is no surprise that 86% of conservatives believe Trump will be good for the US economy in 2017, but you might be surprised to see that 23% of liberals also feel the same way. Those of a moderate political ideology are almost perfectly split at 50%.

Finding: 68% of survey takers are optimistic about their communities, saying they are on the right path to economic prosperity.

I was personally interested in the results of this question because of my work in economic development.  While 68% is a good number, it also means nearly a third of residents are not convinced their community has in place and is executing against a strategic plan that will lead to economic prosperity.  For my ED professional and elected official readers this means either you 1) have an opportunity to educate your residents on the plan you do have in place or 2) need to get a plan in place.

Finding: Perhaps surprising to some readers, millennials are reportedly the best financial savers, with 43% of the youngest generation reporting they save more than 10% of their income. All other generations averaged 28%.

This is an interesting and I think hopeful finding.  In my mind, it may reflect the fact millennials do not expect to see a dime paid out to them from social security and have decided they need to take active control of their own retirement planning.  Compare that to the Baby Boomer generation where roughly half have set aside only $100,000 or less for retirement.  That generation mistakenly counted on Social Security to fund a big part of their retirement and many will likely outlive their money.  Ouch!

Finding: Liberals overwhelmingly have the highest ADCI scores overall, even after accounting for income. The only generation to buck this trend is the millennial generation where conservative and moderate millennials have slightly higher ADCI scores than those of their liberal counterparts.

For perspective, in December 2016 is 65.52, down .54% from November. This month-over-month change is driven by large declines to the societal, well-being and diversity sub-indices and a record increase to the environmental sub-index. The economic sub-index is flat in December.  I always interpret the data as implying residents feel averagely 65.52% of their American Dream is being achieved.  My colleagues at Xavier University would be quick to point out this is a “good” number, and have pointed that out to me often.  I, on the other hand, see 34.48% of the American Dream left on the table yet to be achieved.  I believe we can and should do better.  I also believe it is the role of Government (federal, state, local) to take actions that make it easier for residents to achieve their American Dream.  As I look at the ADCI data on a geographic basis, I have seen there are locations where the American Dream seems easier to achieve.  Annually I author an American Dream States and Cities Report identifying where those locations are.

My Request Of You

Please share this post with your colleagues and friends you feel would get value from the data.  Comment on it in Facebook, tweet about it. send a link by email.  Just help me share the information more broadly than my personal network.  I would love it if more elected officials would get exposed to the information so better choices could be made.  If you are wondering what is in it for me, take a moment and read the ABOUT page of my website.  I think you will be comfortable with my motivation.  Thanks in advance for the help.