Does Where You Live Impact Your Happiness? 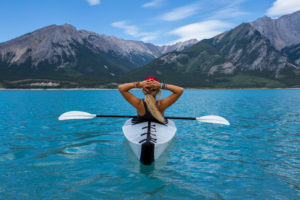 Now and then it is good to pause in our pursuit of happiness and just be happy.

According to Psychology Today it is an elusive state of well-being that encompasses living a good life of meaning and deep satisfaction. Maybe not surprisingly, money is important to happiness, but only in the sense it buys freedom from worrying about the basics in life.

In 2013, the NY Times wrote a good article entitled “A Formula For Happiness” reviewing social science literature on the subject. Arthur Brooks (the author) concluded the secret to happiness through work is earned success. Emily Esfahani Smith wrote an article in which she claims happiness cannot be pursued; it must ensue. She counsels peple should seek meaningfulness rather than happiness.

Even though we can’t define happiness specifically, we can get insights about how happy residents of different states are by looking at several well-constructed annual studies. Below is an overview of three that I hope you find interesting.

States where residents perceive their happiness is statistically significantly greater than national average. Happiness is defined as an individual’s “satisfaction and contentment with one’s life”.

The following surveys attempt to measure the same dimension.

The Gallup/Healthways Well-Being Index measures Americans’ perceptions of their lives and their daily experiences through five interrelated elements that make up well-being: sense of purpose, social relationships, financial security, relationship to community, and physical health.

If we expand the definition of happiness to what the ADCI calls Well-Being (the extent of one’s contentment, health and prosperity in life). This includes the dimensions of family support, support of friends, support of someone special, happiness, freedom of expression, reward for effort, entrepreneurial spirit, ability to engage in leisure activities, social status, personal health, satisfaction with residence, and optimism.   The list of states with a statistically significantly greater resident score than national average looks likes this:

What does all this mean?

First, the discrepancies in ranking reflect differences in survey questionnaire design and analytical methodology. Each survey is attempting to study a similar emotional concept (happiness or well-being). As a consumer of the research results, you are best served to ignore the fact that the lists don’t line up and instead focus on the fact that the listed states stand apart from the rest. Any one of the states on the three lists is a location where residents feel happier than the nation in general.

In economic development, these states should have a leg up on the competition for capital investment. CEOs are interested in minimizing workforce turn over, and locating a facility in a state where residents appear to be happy and well. This is arguably a very desirable attribute for site selection. Each state on any of the lists should be making promotional use of the positive ranking in their job attraction/retention efforts. Minimally, if I were responsible for economic development in one of these states, I would make certain any CEO in my state was aware of the research results and I would encourage my Governor to make the ranking a positive talking point.

If I was responsible for economic development in a state not on any of the lists, I would initiate an effort to better understand the drivers for the positive ranking (particularly for states that directly compete with mine for capital investment). Once the drivers are understood, consideration for action planning to improve happiness of residents in my state could begin in earnest.

Unfortunately, I think too many economic development professionals and elected officials overlook the value of these data (particularly if their state doesn’t appear on the list). The basic argument is site selection is based on hard local economic data, site and labor availability. The hard part about countering this argument is that it is true. Hard economic data, site and labor availability are critical for a location to make it to the final consideration phase. If your goal is simply to make it to the short-list then there is no problem. But, if you define success as having your location selected, then ignoring rankings like this becomes a missed opportunity to make an even stronger case.

If you are an economic development professional in any of these states, it would be great to share how you use rankings like this in your location promotion.

Comments Off on Does Where You Live Impact Your Happiness?  |

No Responses to “Does Where You Live Impact Your Happiness?”