Which States Are The Most Diversity Friendly? 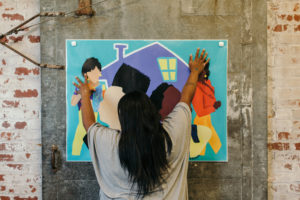 Strength lies in differences, not in similarities.

There are few topics more emotionally charged than diversity. Nobody likes to see him or herself or have others see them as prejudice. In politics the subject has become a weapon to demonize opponents. Routinely, misogynistic, xenophobic, sexist, racist, homophobic, Islamaphobic are used as labels to suggest a person has a fatally flawed character.

I read an article entitled The Fear of Being Called Phobic authored by Jim Good that made me reflect on how challenging the topic of valuing diversity really is. I can’t say I arrived at any profound conclusions, but it does seem to me overuse of these emotionally charged labels combined with a fear of being labeled as such raises real barriers to having a meaningful dialogue on the subject.

That is truly unfortunate because I believe there are real business and social benefits to genuinely valuing diversity. For example, a McKinsey & company study  found that over the last 40-years the increase of women in the workforce has accounted for roughly one fourth of the current U.S. GDP. In addition, according to the Center for American Progress, studies show a diverse workplace helps businesses increase market share, reduces employee turnover, fosters innovation, allows more rapid adaptation to changing consumer demographics, and is key to unlocking a company’s full potential.

Net valuing diversity (including diversity of thought) can provide a competitive advantage. It only makes sense a location where residents feel diversity is valued can present a better opportunity to find and hire people who may have a higher than average diversity IQ. So which states are the most diversity friendly?

Xavier University’s American Dream composite Index (ADCI) research can provide some insight into the question. The ADCI measures resident perception of 35 dimensions that make up the American Dream. These measures are rolled up into 5 sub-indexes, one of which is Diversity (measures the attitudes toward assimilation in one’s community).

If you are looking to live in a state where diversity is generally well accepted, then you might check out one of the states from the above national average list.

If you are a business owner or CEO trying to decide between site locations in multiple states, then you might want to factor these data into your consideration.

If you are an elected official or economic development professional from a state on the below average list, you may want to run supplemental research to try and determine the barriers to diversity acceptance.

Comments Off on Which States Are The Most Diversity Friendly?  |

No Responses to “Which States Are The Most Diversity Friendly?”