Which States Are The Most Optimistic? 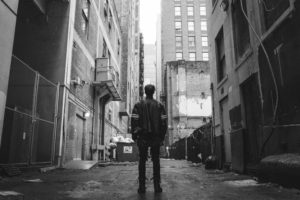 Optimist: Someone who figures that taking a step backward after taking a step forward is not a disaster, it is more like Cha-Cha.

Oscar Wilde once said the difference between an optimist and a pessimist is that the optimist sees the donut, the pessimist the hole. It is an interesting variation on the glass half full, glass half empty analogy.

But, beyond being the subject of pithy quotes, does optimism (or lack of optimism) play any meaningful role in the workplace? Well, it turns out the answer is yes. Researchers have determined positive emotions help people make better decisions and have an impact on both the level of performance and degree of work-life balance.

Marcial Losada researched low, medium and high performing teams to see if there were any patterns that could be used as a predictor of team performance. From that work he observed an individual’s ratio of positive to negative emotions impacted their ability to succeed. He operationalized this observation by creating the critical positivity ratio measure. American Psychologist published his work in 2005. A key conclusion of his research was positive emotions enables better team performance while negative emotions hold teams back.

Along the same lines, Shawn Murphy wrote a book entitled “The Optimistic Workplace: Creating an Environment that Energizes Everyone”. He asserts the best work comes from a positive environment.

If you think about it, it isn’t surprising optimism plays a role in work productivity. If you are in a foul mood and having a bad day, chances are you will be less productive. If you are on a team of naysayers, chances are you won’t efficiently achieve the team goals (if you achieve them at all). We have all been there at least one time in our career. Negative mood, anger, frustration in your life impacts your productivity.

It only makes sense a location where residents are optimistic presents you a better opportunity to find and hire optimistic employees for your business. So where are the U.S. locations where the most optimistic people live?

Xavier University’s American Dream Composite Index (ADCI) research can provide some insight to answer that question. The ADCI measures resident perception of 35 dimensions that make up the American Dream. One of those dimensions is Optimism.

These results are based on resident responses to a national ADCI survey ran monthly over a three-year period (2013, 2014, 2015). I am presenting the states where resident perception is statistically significantly greater than national average. For example, an index of 135 is to be read as residents of that state rate their expectation of good things for themselves in life (optimism) 35% higher than national average.

Just for grins, I also share the state with the dubious honor of having the least optimistic residents.

If you are looking to live in a state where your neighbors are more likely to have a positive outlook on life, then you should check out one of the 12 states with optimism scores greater than national average.

If you are a business owner or CEO and are trying to decide between site locations in multiple states, then you might want to give an advantage to a location if it is in one of the 12 states where your probability of finding and hiring optimistic employees would be greater. Let’s face it, any advantage you can get to improve your odds of operational success is worth serious consideration.

If you are an elected official (or economic development professional) in a state that is not among the 12 state s with optimism scores greater than national average, you should ask and answer the question “Why?”. Start by analyzing some of the states on the list to determine their success drivers.

Comments Off on Which States Are The Most Optimistic?  |

No Responses to “Which States Are The Most Optimistic?”