Which States Have the Highest Trust In Government? 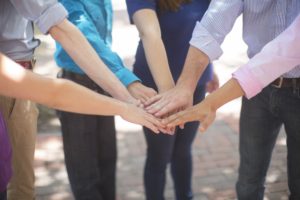 Trust is like an eraser, it gets smaller and smaller after every mistake.

Pew Research has been looking at trust in government since 1958.   Back then, almost 75% of Americans trusted the government to do the right thing. Trust has been declining precipitously since shortly after the September 11, 2001 terrorist attack. Based on the Pew research data it reached it arithmetic low point in October 2011. For perspective, there has been a modest recovery since then (the latest data reported is April 2017).

Another good publication from Pew Research on this subject is their Beyond Distrust: How Americans View Their Government report. One finding I found interesting is the public views elected officials as intelligent but not honest. Politicians are also viewed as selfish and a majority of the public feel “ordinary Americans” could do a better job solving the nation’s problems (ouch!!!).

The Xavier University research into the American Dream can also shed some light on the public’s trust in government. It is one of the 35 dimensions that statistically make up the American Dream. The data offer a look at the degree to which people living in the U.S. are satisfied with Government’s fairness and trustworthiness.

Xavier University has provided me a 3 calendar year database of their research findings to explore and report out observations (2013-2014-2015). I am able to look at the data aggregated by state and major MSA.

So where is trust in government the highest and lowest?

For the purposes of this post, I have only provided states where residents have a perception for the dimension that is statistically significantly above or below national average.

Note, with all perceptual data the next step (particularly for below national average situations) is to assess if the perception is based in reality or misunderstanding.  This often requires the use of secondary data or supplemental market research to determine the answer.  But, knowing the answer is important before action planning because if the low score is due to misperception the solution is education not a new policy or program.

If you are looking to live in a state where you can be confident your government will be responsive to your needs, then you might check out one of the states from the above national average list.

If you are a business owner or CEO trying to decide between site locations in multiple states, you know how important it is to have state government that can be counted on to listen to your needs.  You might want to factor these data into your consideration.

If you are an elected official particularly Governor) or economic development professional from a state on the below average list, you may want to run supplemental research to try and determine the barriers might be to your residents feeling like they can trust that you have their back.

Comments Off on Which States Have the Highest Trust In Government?  |

No Responses to “Which States Have the Highest Trust In Government?”