The American Dream Is Our Nation’s Brand Promise 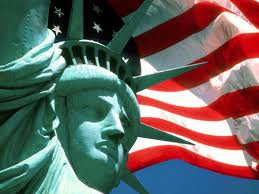 Place branding is a strategy many communities, regions, states and even nations are adopting to help attract and retain both top talent and capital investment. Investing in place branding is generally seen as a way to raise both awareness of and interest in a location.

Unfortunately, place branding is not well understood by either economic development professionals or elected officials. As a consequence, the exercise typically devolves into no more than the creation of a new logo and catchy tagline. Then after investing both time and money in the initiative and a launch supported with major fanfare the place branding exercise fails to produce meaningful results. Finally it is judged by local leadership as a colossal waste of taxpayer dollars and ultimately abandoned.

The problem actually is not with the strategic choice to invest in place branding. That is a right strategic choice. The problem is having the exercise led by people who don’t really understand what a brand actually is. Whenever you have the right choice led by the wrong people it is typically a recipe for disaster.

Here is a simple definition of place branding that will serve you well – a place brand is a promise. It sets an expectation of an experience. To be effective, the promise must be relevant, authentic and competitive. In other words, the promise must reflect the reality of your community, region, state or nation.

In the U.S., entirely too much time, effort and taxpayer dollars are spent in trying to differentiate locations on some esoteric promise developed by an Agency. There is actually no need to hire an Agency to define your location’s promise. It is a waste of taxpayer dollars. The place promise of every U.S. community, region, state and the nation is – “We make it easier for you to achieve your American Dream”. The place promise is the same for every location. In branding parlance this is called a category promise (or benefit). The point of competitive differentiation between locations actually comes from the unique collection of assets, infrastructure, public policies and programs that together enable the promise to be realized.

Instead of wasting money to hire an Agency to define your place promise, hire the Agency to help you understand how your location uniquely enables residents to achieve it.

If you do that, it is quite possible (in fact probable) you’ll discover your location offers nothing truly unique to better enable realization of the American Dream. If your community is commonplace, your action step is not to waste taxpayer money on a marketing program. Marketing a parity (or competitively weak) location simply will not deliver positive results. Instead, the smart action step is to invest in asset creation, infrastructure enhancement, public policies and/or public programs to address existing shortcomings. Then, once your location has created a positive competitive point of differentiation then you can confidently invest in marketing to communicate it.

If you want to successfully attract/retain both top talent and capital investment, there are three steps: 1) adopt the promise of making it easier for your residents to achieve their American Dream, 2) understand both what the American Dream is and how to measure it, and 3) ensure your location has a clear point of competitive differentiation before investing in a marketing effort.

Understanding the American Dream and how to measure it.

The American Dream is the national ethos of the United States. It is rooted in the Declaration of Independence with the phrase “all men are created equal, that they are endowed by their Creator with certain unalienable rights, that among these are the pursuit of life, liberty and the pursuit of happiness”.

Over time, descriptions of the American Dream have been supplemented with ideals. For example – owning a home, upward mobility, success is a result of hard work and determination, and American exceptionalism. But, these descriptions have often served to create confusion rather than provide clarity.

A big advance in understanding the Dream happened in 1931, when James Truslow Adams published his book Epic of America. In it he described the America as “a land in which life should be better and richer and fuller for every man, with opportunity for each according to his ability or achievement … each man and each woman shall be able to attain to the fullest stature of which they are innately capable, and be recognized by others for what they are regardless of the fortuitous circumstances of birth or position”.

James Truslow Adams helped clarify the founding fathers meaning of the word “pursuit” in the Declaration of Independence by positioning the American Dream as a promise rather than a given. A promise that was not guaranteed but must be earned to be realized.

The researchers found the American Dream is actually comprised of 35 dimensions which include: a) economic factors such as home ownership, financial security, and job characteristics; b) personal well-being factors such as family and friends, leisure, and happiness; c) societal factors such as trust in government, justice, civic participation; d) diversity factors; and e) the physical environment.

The methodology of the ADCI research is conceptually similar to classic brand equity research. It relies on a national survey of roughly 1,000 respondents who are statistically representative of the U.S population. The questionnaire is fielded monthly. The questionnaire contains 139 statements pertaining to various aspects of the American Dream. The statements have been rigorously reviewed to remove any cultural bias and ensure an appropriate reading level. Responses are then combined to create the 35 dimensions that make up the American Dream. These dimensions have been validated to ensure each was internally sound and related to other dimensions in appropriate and predictable ways.   In addition, the 35 dimensions were tested to see if they could be grouped into overarching themes. This work led to the definition of 5 super dimensions (or sub-indexes). Each dimension is assigned to only one sub-index. The rigorous approach taken by the researchers at Xavier University has resulted in a statistically sound, valid and unique measure that reveals what people living in the U.S. do, strive for, work for, wish for, and ultimately aspire to. The ADCI is the first measurement that quantifies the American Dream in its entirety.

Annually, the team at Xavier University provides The Burghard Group LLC with a rolling 3-year database of ADCI and dimension scores by zip code for use in conducting a secondary analysis to gauge the how well residents at the state and major MSA level are doing at achieving the American Dream. Looking at 3-years of data helps ensure a sufficient response numbers at both the state and major MSA level to confidently report results. However, as a degree of additional caution, the researchers at Xavier University include only states and MSAs where there is a sufficient number of responses to ensure confidence in the results. As a consequence, not every MSA designation is included in the database provided. For perspective, the scores are based on a scale from 0 to 100. The score represents the percent of the way to achieving each dimension and the American Dream overall.

For elected officials and economic development professionals, these locations represent an opportunity to benchmark best in class performance. The data can be included as part of the local strategic planning process as a starting point for a deep dive exercise to understand the assets, infrastructure, public policies and programs that are drivers of enabling residents in these high performing locations to better achieve their American Dream. At the state and major MSA level, the database can also be used to conduct a gap analysis versus those locations judged directly or indirectly competitive for attracting top talent and capital investment.

For additional information on how to leverage the data for place branding, contact Ed Burghard (eburghard@mac.com).

Is The American Dream Dead?

The Media consistently reports on the death of the American Dream.

Each of these articles has a common problem. The authors don’t understand what the American Dream actually is, and as a consequence they focus on a very narrow definition.

What does the actual data say? The researchers at Xavier University have been tracking the American Dream data monthly since August 2011.

To paraphrase Mark Twain, based on the research findings you would conclude reports of the American Dream’s death are an exaggeration. In fact, since the start of tracking residents of the U.S. feel they are achieving a measurably greater degree of their American Dream (albeit a modest increase) in March 2017 than August 2011. For perspective, the highest recorded achievement level was 66.8% in February 2016 and the lowest was 63.0% in December 2011.  Since August 2011 to March 2017, the degree to which the American Dream is being achieved increased +2.34 percentage points.