COVID-19 IMPACT ON THE AMERICAN DREAM 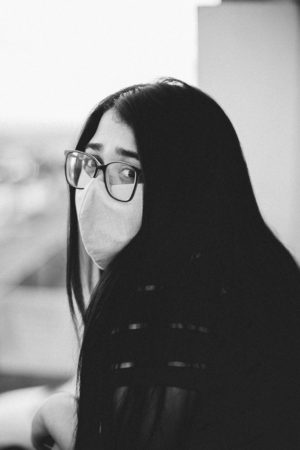 Recently, Dr. Philip Kotler (widely acknowledged as the father of modern marketing) authored a blog post entitled “What is the American Dream? Do we need a new one with Covid-19?”.  In the post, Dr. Kotler referenced some of my work with Xavier University on the quantification of the American Dream.  He also raised some important observations on recent events that could impact resident perception of their American Dream. I encourage you to read Dr. Kotler’s post (linked above).

Unfortunately, Xavier University has had to suspend the American Dream research due to lack of funding.  It is a situation I am working with them to resolve.  Consequently, I can’t bring data to bear on whether the events Dr. Kotler highlights actually shifted perception on the degree to which people feel they are achieving their American Dream or not. That will have to wait until the research is funded again.  But, I thought I would share my perspective, if for no other reason than to amplify the importance of exploring his question of “How Have Recent Events Impacted The American Dream?”.  I will add my 2 cents to each.

The Rise of China.  Dr. Kotler believes “China does not diminish the American Dream; if anything, it makes the American dream more appealing.”. I think Dr. Kotler is right.  But, I think to a large extent it is because China values the success of the collective over success of the individual and that is directly in conflict with the core of the American Dream.  The American Dream as described by James Truslow Adams is “a land in which life should be better and richer and fuller for every man, with opportunity for each according to his ability or achievement … each man and each woman shall be able to attain to the fullest stature of which they are innately capable, and be recognized by others for what they are regardless of the fortuitous circumstances of birth or position”.  It is all about the individual.  I do think the rise in Marxist ideology in the United States is an trend that could impact the American Dream and would be worth trying to bring some data to bear on what that impact might look like.  But, like Dr. Kotler, I don’t think China’s success or failure will have a measurable impact.

The Digital Revolution.  Dr. Kotler makes the point that we are losing our privacy to big digital companies and the information we have provided is being used to manipulate our desires.  I think Dr. Kotler is spot on.  This “propaganda like messaging” will likely not change our definition of the American Dream, but could impact resident perception on the relative importance of the 35 dimensions that make up the American Dream.  The XU research would be able to measure that shift over time.

The Great Recession (2008-2010).  Dr. Kotler points out a lot of people went bankrupt and lost their jobs.  Financial security is an important dimension of the American Dream.  Job loss is not a new phenomenon.  Historically, the impact on the American Dream is what you would logically expect.  Losing a job lowers a person’s perception on how well they are doing in achieving their American Dream on dimensions related to having a job.  In the XU data, it would most likely be picked up as a decrease in scores for those dimensions.  But, it wouldn’t really impact the definition of the American Dream.  I would expect however, consistent with Maslow’s hierarchy of needs, the importance of this dimensions would increase.  Unfortunately, XU’s research does not yet collect dimension importance ratings.

The Coronavirus Pandemic.  Dr,. Kotler highlights the many impacts the pandemic is having on our lives from professional to personal.  He concludes “For many, COVID-19 fatally stabbed the American Dream.”.  I don’t agree with that conclusion.  I think the American Dream is still alive and well.  The Dream has survived similar, and even greater, disruptive challenges.  I do think however many residents will have experienced a set back in their perceived ability to achieve their American Dream and those affected the greatest would likely reflect lower overall scores in the XU research.  Two key dimensions “trust in Government” and “Trust in Business” already scored unacceptably low.  My guess is if we had access to the data we’d see both registered even lower in today’s environment.

The Donald Trump Presidency.  Dr. Kotler believes the President’s actions “decimated the dreams and hopes of the majority of Americans in his drive to coddle his 43 percent supporters.”.  I think Dr. Kotler’s conclusion reflects his personal political belief and would not be a big driver of people’s perception on the degree to which they are achieving their American Dream.  The Dream is bigger than any elected official.  A different partisan view would have suggested something similar with respect to the 8 years of President Obama’s leadership.  Partisan emotions were no less polarizing.  But, no direct impact (to my knowledge) was measured by the XU research.  Residents perception on the degree to which they are achieving their American Dream is driven to a much greater degree by practical issues reflected in the 35 dimensions that define the American Dream.  But, it would be an interesting analysis to look at what happened to the ADCI scores during the Obama Administration versus the Trump Administration.  Unfortunately, XU does not have those data to analyze.

I hope you took the time to read Dr. Kotler’s post.  As I said, he makes some very important observations that are worth your time to reflect on.  How has the events he calls out impacted your personal perception of the degree to which you are achieving your American Dream?

If you believe other events may have impacted the American dream or have additional thoughts on what Dr. Kotker or I have written, please share.

No Responses to “COVID-19 IMPACT ON THE AMERICAN DREAM”