Recovering From the BP Oil Spill 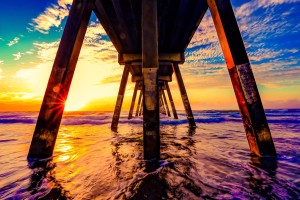 In 2010, the largest accidental marine oil spill occurred in the Gulf of Mexico. For three months, roughly 53,000 barrels of oil per day flowed unabated into the ocean. The spill caused extensive damage to marine and wildlife habitats and to the Gulf’s fishing and tourism industries.

In addition to the physical damage caused by this crisis, local Gulf communities had to come to grips with a significant negative impact to their brand image. The U.S. Travel Association estimated the economic impact on tourism across the Gulf Coast over a three-year period could approach $23B.

The Strengthening Brand America Project launched a Place BrandAID effort in June of 2010 to provide local economic development professionals with counsel by harnessing the collective wisdom of their colleagues from across the Nation and around the World.

Read – “BP Damages More Than Its Own Brand”

Over 30 economic development and marketing professionals responded to the need and offered their encouragement and advice on how to repair the image of local communities negatively impacted by the disaster.

The unique approach to helping address the problem was highlighted in the 2011 edition of the International Place Branding Yearbook published by Palgrave Macmillan.

“Place BrandAid establishes a new, aspirational standard of cross-state and cross-nation collaboration in economic development that promotes the tenets of cooperation, dialogue and mutual respect.”

What do you think of this post?
Special Challenges